LinkedIn the professional social media platform has been around since 2003 and has seen a huge growth throughout the year’s and now has over 200 million registered users.

We think LinkedIn is often an untapped resource for small businesses and we recommend our clients incorporate it in their social media strategy as it can have some great benefits for your business. We have listed 5 top tips to help you get started:

Joining groups that are relative to your business and that attract your market demographic will allow you to take part in discussions and become more visible to prospects.

Also creating a group that is industry specific and that target your niche can be beneficial and will establish you as an expert in your field. To ensure group gains popularity, make sure to update regularly and interact with the members.

Connecting with customer on LinkedIn gives you the opportunity to keep them updated on your company news and promotions. Once connected, make sure to encourage them to write recommendations on your products and services.

Also consider connecting with prospects as it gives you another chance to promote your products or services – why not drop them a quick message thanking them for the connection and give them a gentle reminder of your great value proposal!

The advanced search function is a particularly useful tool when trying to track down people with certain skills that may be of interest to you or when trying to discover who the decision makers are within a company. Search criteria such as keywords, experience, current employer and industry will help you find the person or group you are looking to target with ease.

Make the most of LinkedIn applications

LinkedIn provides a great set of applications that can be very effective when showcasing your business. These applications are just extensions of a standard profile but can make yours stand out from the crowd. Some of the most useful apps are as follows:

Word press – Using this app allows you to display your blog on your profile and is often an overlooked opportunity by business owners. This will help drive more traffic to your website and help visitors to your profile learn more about your business.

Events – This works like a calendar for your profile and will display the events you are attending. This is useful for showing your network that you’re a being proactive within the industry and allows you to see the other attendees.

Slide share –This app lets you add business presentations and videos to your LinkedIn profile. This is a good way you to showcase your products and services, generate interest and establish yourself as an industry leader.

Portfolio –This app is really useful for web designers and other creative professional as it allows them to display a portfolio of their work on their profile.

Make sure you optimise the content on your company profile as the LinkedIn domain has a great reputation with the search engines. This is great news for small businesses as it can help get your business on page one of the search results however ensure you edit your LinkedIn URL, this is not just for vanity reasons but so as to make it search engine friendly.

LinkedIn also allows users to add up to three links to a profile which is free ‘link juice’ and will help give your page rank a boost – why not ask your team to add your website to their personal profile too!

Not a LinkedIn enthusiast? We can help…

If you need any help or advice with your social media strategy, please feel free to get in touch….

Social media is becoming an increasingly important element of many firms’ marketing efforts but independent retailers are slower to pick up the trend. However social media can benefit all types of business, including high street shops, restaurants and pubs. 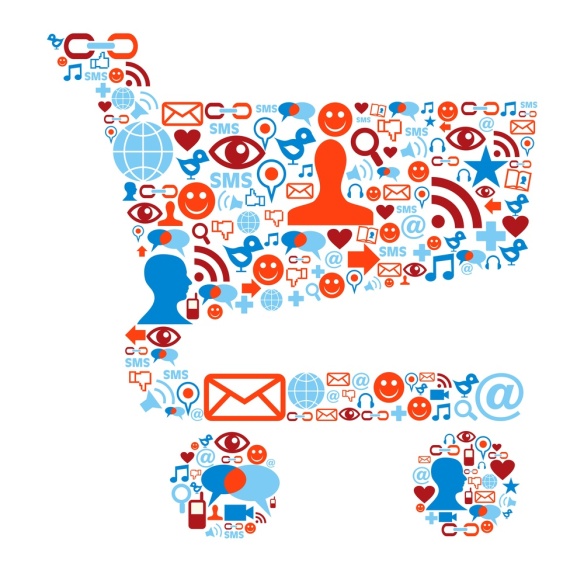 Recent research has underlined the fact that many consumers now use the internet generally, and social media specifically, as their first port of call when looking for products or services. It is also the case that as many as 70 per cent of consumers now use social media to air their grievances about firms with which they have had a bad experience.

So how can you best use social media as a marketing tool for your retail business? We have compiled a list of examples showing how other retailers have used social media marketing (often shortened to SMM) to great effect.

Twitter and other microblogging platforms provide an incredible, free marketing opportunity for independent retailers. The benefits are two-fold.

Firstly, they provide you with an opportunity to monitor what customers are saying about your firm in real-time, while allowing you to respond instantly. Secondly, they allow you to engage instantly with your customers about promotions, new products and other related news.

Zappos, the American footwear retailer, set the benchmark for Twitter engagement. It was an early adopter of the technology, using it for customer service and to promote offers, and has since set up an aggregation page that displays every mention of its brand – again, in real time. This helps to present Zappos as a reputable brand, and an active part of the social media community.

Facebook is by far the most popular social network, and marketers have long been considering ways to make it work for them. It may not be an effective marketing tool for every retailer, but it is worth spending a bit of time trialling it to see whether it is right for your business.

IKEA have been responsible for some of the most innovative uses of Facebook. Late last year they ran a campaign in which photographs of IKEA storerooms were posted on the network, and Facebook users were told that whoever ‘tagged’ themselves on an item first would win it. This clever combination of interactivity and competition helped to create significant exposure for the retailer across Facebook – and, of course, got people talking offline as well.

SMM tends to fail when it is obviously dictated from the top down. Instead, you should think about ways that you can encourage your employees to participate in your social networks and their own on behalf of your business. Enlisting their help will also cut down on the time you spend managing your social networks, which can end up being quite a lot!

Sainsbury’s has become increasingly proficient at this in recent months, developing a ‘cookalong’ scheme whereby employees cook a meal (with Sainsbury’s ingredients, of course) once a week and tweet the recipe as they cook.

The importance of listening

Remember that your SMM efforts will only succeed if you are prepared to listen to your customers, rather than talk at them. Unlike most other forms of marketing, social media facilitates conversation, rather than a one-way flow of information. BT understands this well; they monitor many social networks for mentions of their brand name, and respond to users where appropriate.

Bear in mind, though, that users will be instantly turned off by anything resembling spam. So avoid mass following on Twitter, or going on ‘friending’ sprees on Facebook. Instead, think about ways that you can encourage users to come to you.

The power of video

Many businesses underestimate the power of video content but for many people, video is a far more engaging medium than text or still image. Comparatively few marketers bother experimenting with it, however, as it is difficult to get right and the videos can be expensive to create.

A ‘viral’ video is often seen as the holy grail of SMM, and content of this type has driven massive sales for some canny retailers and brands. IKEA has been particularly successful in this area, developing a series of somewhat risqué adverts, and then posting them to Youtube described as ‘banned’ commercials.

As a retail business owner you obviously need to stick to a careful budget, and some of the ideas and examples provided here may therefore be beyond your abilities. But they should help to underline the basic concepts of social media marketing. If you are prepared to listen to your customers, and you understand that the social media sphere does not work like any other marketing medium, you are on the right track.

Finally, it is important to remember that SMM is unlikely to be a panacea for your business. Do not throw all of your eggs in one basket by neglecting other marketing activities. Instead, think about ways that you can leverage a mix of media and marketing techniques to help get your message across.

Apple has been criticised by charities for not allowing direct donations within its iPhone and iPad applications.

The iPod-maker was condemned by leading charities for “preventing direct donation from apps”. The report, produced by The Big Society Network, said: “When considering the potential of giving powered by apps, the Apple app store’s policy was highlighted repeatedly as a barrier to significant uptake.”

The charities added that Apple’s policies forced them “into the arms of [Google] Android”, where users were significantly less likely to spend money because Android customers buy fewer apps and spend less on them and through them.

The report added that while technology offered huge opportunities for charities, as demonstrated by the use of websites such as JustGiving.com and text message donations, most charities struggled to properly use it to their advantage.

Steve Moore, chief executive of the Big Society network said: “Giving hasn’t increased in the past 30 years a proportion of household spend, and only about 3 per cent of all donations are made via web/mobile.” He added that just one in every 2800 Google searches are for a charity.

Apple has been criticised in the past for its attitude to charity, although new chief executive Tim Cook has introduced an employee-giving scheme.

The company donated $100,000 in 2008 to a group seeking to block a move that would have banned same-sex marriage in California. But the firm was called one of “America’s least philanthropic companies,” by the Stanford Social Innovation Review in 2007.

Apple has however recently donated $25m to Stanford Hospital and last year U2’s Bono said that the iPod-maker has been (RED)’s largest contributor to the Global Fund to Fight AIDS, Tuberculosis and Malaria. He said Apple was giving “tens of millions of dollars”, although the firm is not seeking publicity itself.

Apple did not respond to a request for comment.

Error: Twitter did not respond. Please wait a few minutes and refresh this page.